Stepping Back to Take A Step Forward 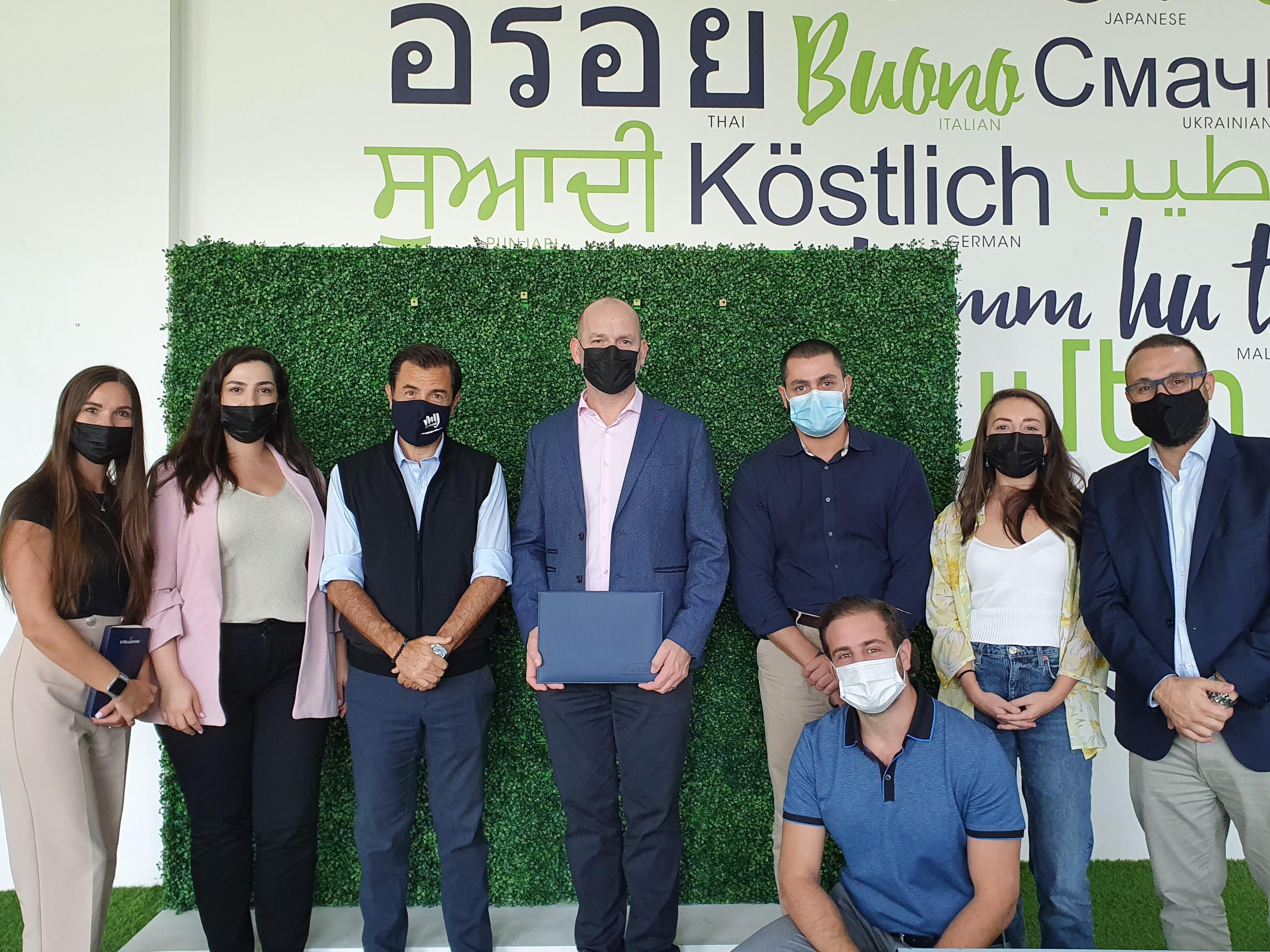 We had the honour of welcoming Tyrone Reid to the Bidfood Middle East HQ where he shared his story on how he came to be the CEO of Alabbar Enterprises. His role enables him to oversee the evolution of retail, food and beverage and lifestyle concepts in the region.

Our entire team of Bidfoodies were rapt with attention towards Tyrone’s history, his learnings and his advice on how to help build a legacy through the power of hospitality.

Over the course of the hour-long session, one thing became evident – it all begins at home.

Tyrone refers to his childhood as the time during which he learned the most crucial lessons. Growing up in a large family as the youngest of 8 siblings empowered him with a strong voice and a sense of morality from a young age.

He learned the true meaning of hospitality, humility, and a family bond from his family. He goes on to say that his learnings from his childhood are what translated into his personal and work ethics. 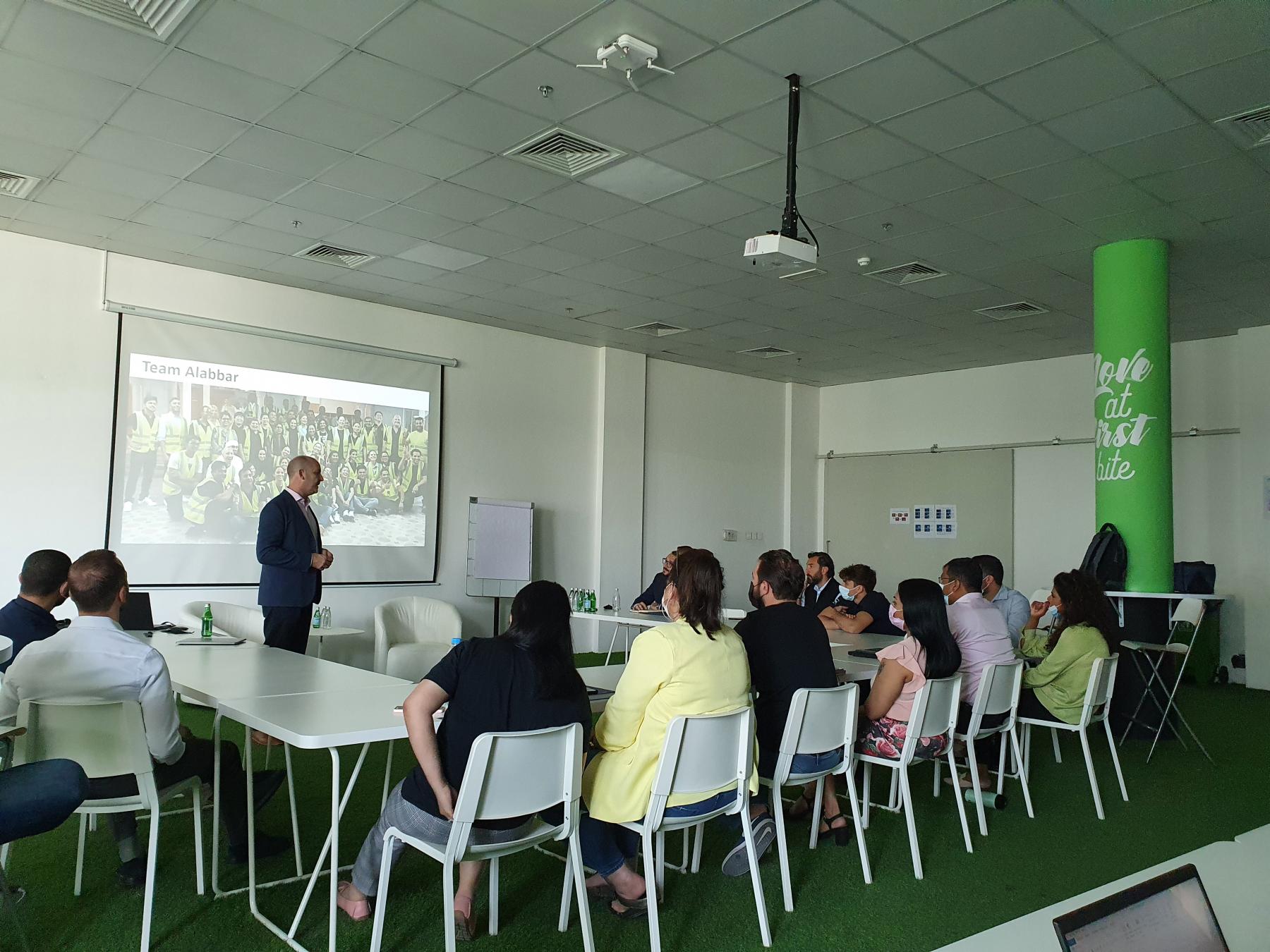 Growing up in a large home where the centre of all conversations, discussions and decisions took place around the kitchen and with food – it’s no surprise that by the time Tyrone was 7, he decided to be a chef. At 13, he was already had his first job at a restaurant: in the kitchen, washing dishes.

He adds – “Even now, on days when we have large events and gatherings at work or home, I do the dishes to remember where I started from – the roots that keep me grounded.”

Over time, he realized his passion did not revolve only around food – it centred around people too. This epiphany led to his decision to steer a change in his career by taking a step back. From working in some of the most dynamic kitchens and participating at major events, Tyrone travelled abroad and learned new skills in different kitchens to interact with people from different backgrounds and cultures.

Reigniting a sense of purpose

He says, “Everybody has a purpose, it is the reason we take risks and change our lives. Mine is my wife and son. They are the reason I choose to do anything and everything every day.”

His purpose fueled his drive to pursue the unknown. After working with Mitchell & Butler’s for nearly 10 years, Tyrone believed it was time for a change. Once again, he took a step back to move forward. He went from managing over 110 businesses in the UK to moving across the world to join Alshaya Group in Kuwait. The biggest task on hand was to quickly understand the style of business, skills and familiarize himself with the region while handling a completely new brand – Shake Shack.

Tyrone credits his sense of hope and confidence to the book ‘Setting the Table’ by Danny Meyer. A read he claims is necessary whether you are a manager, an executive, or a waiter. This book's story and philosophy are targeted toward making the reader more efficient and productive, while deepening their understanding and appreciation of a job well done.

Building a business that has a heart

Staying true to himself, Tyrone decided to join a family enterprise, the Alabbar Group, and build a business that has a heart. He believes, just like us at Bidfood, that people are at the centre of any business and a leader's role is to see the people's creativity come to life - no matter what designation or role that person may play in the organization. Working with people and doing different tasks every day makes his work less mundane and more exciting. This excitement is what pushes him to always be at the top of his game.

Some of his people-driven mindsets and initiatives are: