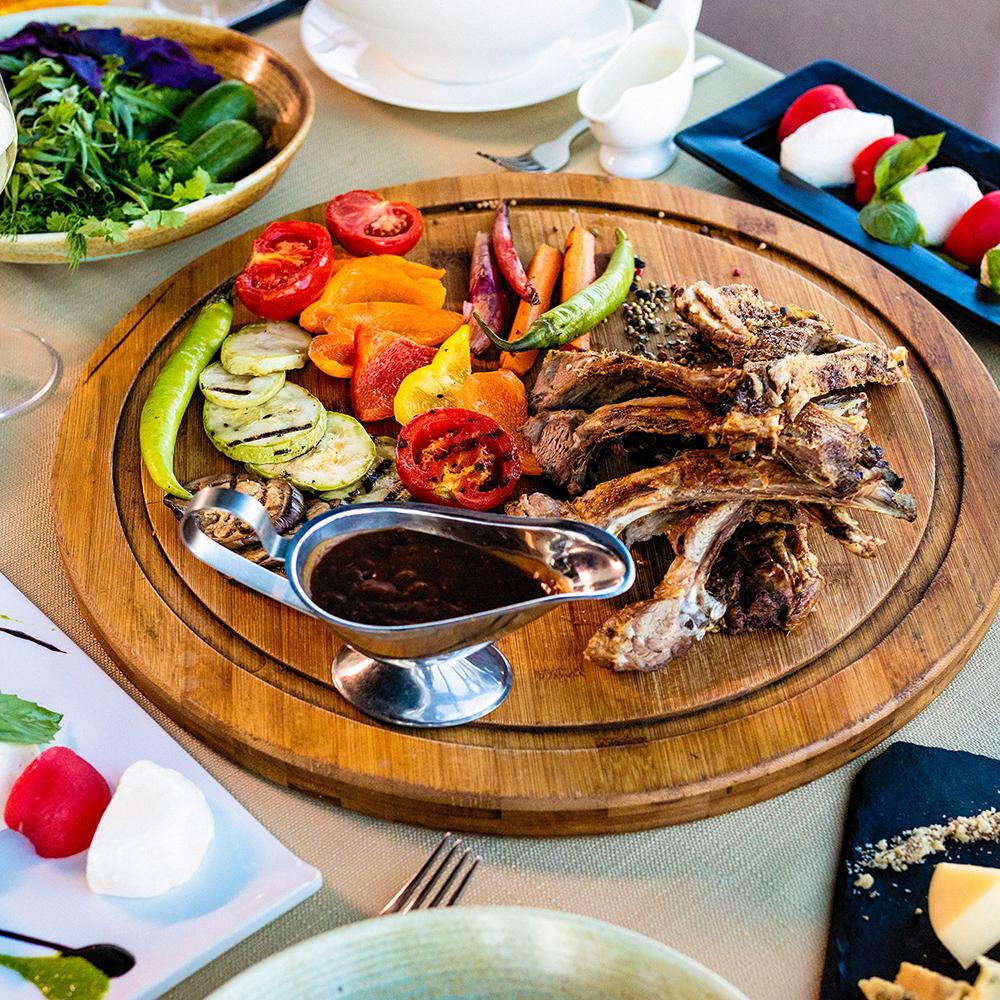 Although the veal industry has faced changes in the United States market, it remains a popular choice outside the country, especially in the United Arab Emirates (UAE).

Veal is one of the most nutrient-rich meats for consumption in the world, after all.

According to the US Department of Agriculture (USDA), a three-ounce serving of cooked and trimmed veal offers more than ten percent of the daily required niacin, zinc, protein, and vitamins B6 and B12 for an average person.

The B-vitamins provide an energy boost, while zinc plays a critical role in immunity and cognitive growth and development.

This article covers meat cuts, how to best serve them, and everything a commercial kitchen needs to know about the meat, from veal suppliers in the UAE.

Veal is a kind of meat taken from a young cow, raised through 16 to 18 weeks old.

A veal calf can weigh up to 450 pounds and is usually male. Male dairy calves are preferred over females because the latter serve as dairy cows that continue to produce milk and breed more calves. Only a small percentage of males are raised to maturity for the purpose of breeding.

Veal calves are raised differently from other beef sources – inside group pens where they can stand, stretch, groom, and lie down naturally instead of enclosed boxes. They are also housed indoors to protect against the weather and ensure that they are regularly cleaned, fed, and given water.

5 Veal Cuts and What They’re Best For

Veal remains a favorite choice for chefs and home cooks alike because of its flavorful meat and lower caloric content than regular beef. It also has a more delicate texture that makes for a wonderful steak.

Below is a quick rundown of some of the most common veal cuts and what they’re best used for, according to meat suppliers in Dubai:

Extending from the neck to the fifth rib, the chuck is one of the tastiest cuts because of its thickness.

Since it includes the shoulder blade, it also offers added flavors from the connective tissues that keep the meat moist and thickens stews.

However, chuck veal can be tougher than other cuts that get less muscle movement.

Best for: Fricassee of veal

Veal chuck boiled with vegetables in a broth and flavored with egg yolk and cream makes for a hearty stew. The fricassee left on the stove for hours to cook can also gradually fill the kitchen and the rest of your restaurant with appealing aromas that will draw more people in.

Neck and clod veal cuts offer more flavor than others, though they require longer cooking times. They are also relatively less expensive.

Clod veal can be cut without the bone to cook piccata in place of veal tenderloin. With its relatively high collagen and fat content, this part of the veal can also be minced for burger patties.

Generally, all veal meat is still milder and more tender than beef.

Best for: Stews and casseroles

Neck and clod have enticing flavors and a smooth mouthfeel, thanks to the collagen, fat, bone, and marrow they come with. When boned, this cut can also be minced or ground and made into burger patties.

Considered the finest, most tender front part of the veal, ribeye marbles wonderfully and is an excellent choice for grilling or frying.

However, it has less fat content than beef, which means you have to be careful not to overcook it. Otherwise, you will have a grainy or dry steak.

Best for: Roasting, frying, or grilling

Ribeye can be roasted as a whole in the oven or as slices in a pan. It can be marbled over the grill with the bone included.

Also called “short loin,” veal chops are among the most tender and expensive veal cuts on the market.

This cut covers meat from the thirteenth (last) rib down to the small of the back. It has excellent texture, though not as much flavor as the tougher cuts. It also has less fat than beef, so it’s best cooked rare to avoid drying out the meat.

Tender, crispy fried chops are best served with Italian seasoning, with juicy tomatoes and vegetables. Fry it with white pepper, salt, and butter (or olive oil) to retain its natural flavors.

Chops can also be grilled, though you may miss out on the added fat from frying. Since it’s lean meat, you’ll want to fry and bread this veal cut.

Another tender cut of veal, the sirloin is best roasted with the layer of fat intact. However, veal meat in these parts is less tender than the short loin because of the major muscle movement, though they make up for it with the added flavor.

Best for: Roasting or frying

Try to roast one piece inside an oven and serve it cut into elegant, equally sized steak slices. You can also fry it in thin slices but do it very quickly as the meat dries out fast when overheated.

In-depth knowledge of the meat you use for your commercial kitchen can do wonders for your menu and restaurant as a whole.

Make sure you’re well-versed in veal cuts with the help of this article and reach out to us for your meat requirements.